Released on April 23rd by Canonical, Ubuntu 20.04 LTS is on everyone’s lips. The latest release also code-named Focal Fossa which is a feline creature from Madagascar, ships with tons of improvements and features that promise an exciting user experience. So, What’s new in Ubuntu 20.04, you might ask. In this guide, we examine the new features and improvements that come with Ubuntu 20.04.

The much-awaited Ubuntu 20.04 LTS got everyone excited and going by the new enhancements that it ships with, it’s apparent that Linux users will have something exciting to look forward to. Without much further ado, let’s jump right in at the new features and improvements in Ubuntu 20.04 LTS.

At the very initial stage of the installation process you will notice a brand new dark look as the installer begins to scan your hard drive and perform file system checks. 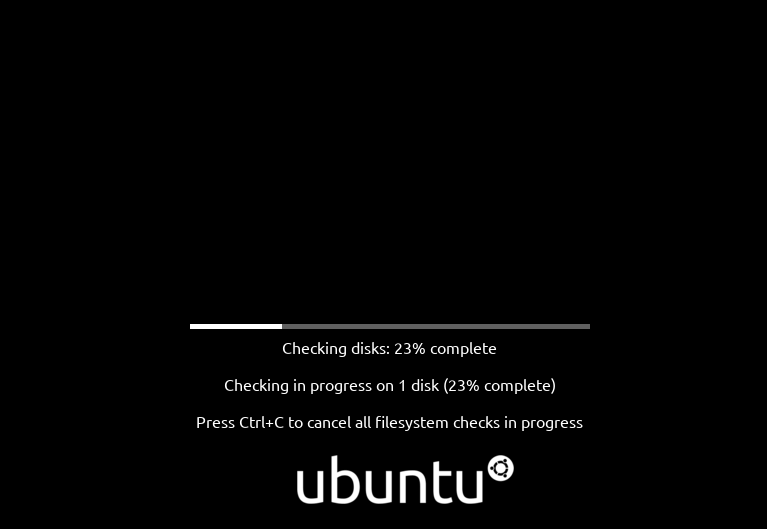 During the installation, you will be presented with more options such as using either the  LVM (Logical volume Manager)  or the new ZFS  file system. 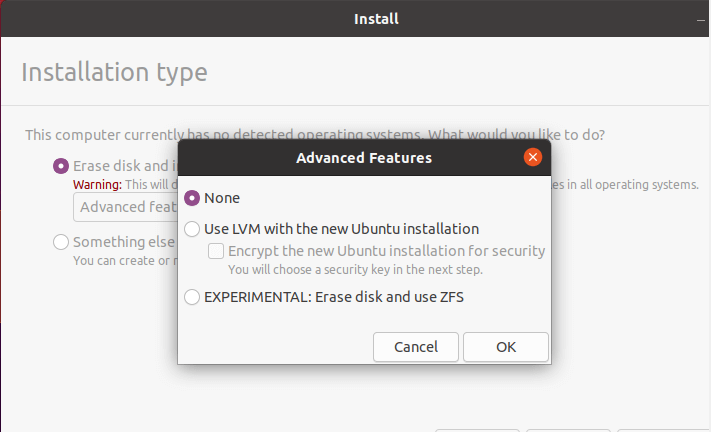 Ubuntu 20.04 comes with a revamped login screen as shown. Also notable, is the presence of a button that allows you to have a peek at your password in case you are mistyping it during login.

The lock screen has also received a new face-lift. 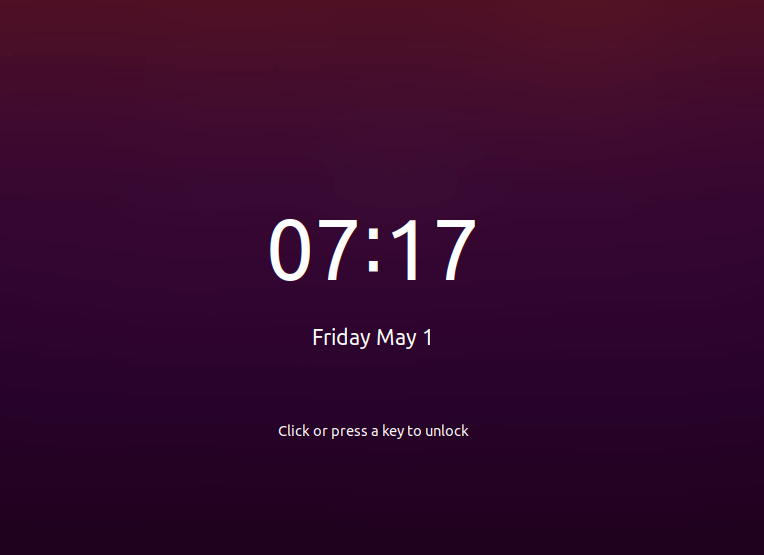 Every Ubuntu release comes with a new and sleeker look than its predecessor. Ubuntu is no different and ships with GNOME 3.36 with a stunning desktop background, polished icons, and enhanced visuals. The default wallpaper is the official  Ubuntu 20.04 Mascot of the Focal Fossa called Felicity. 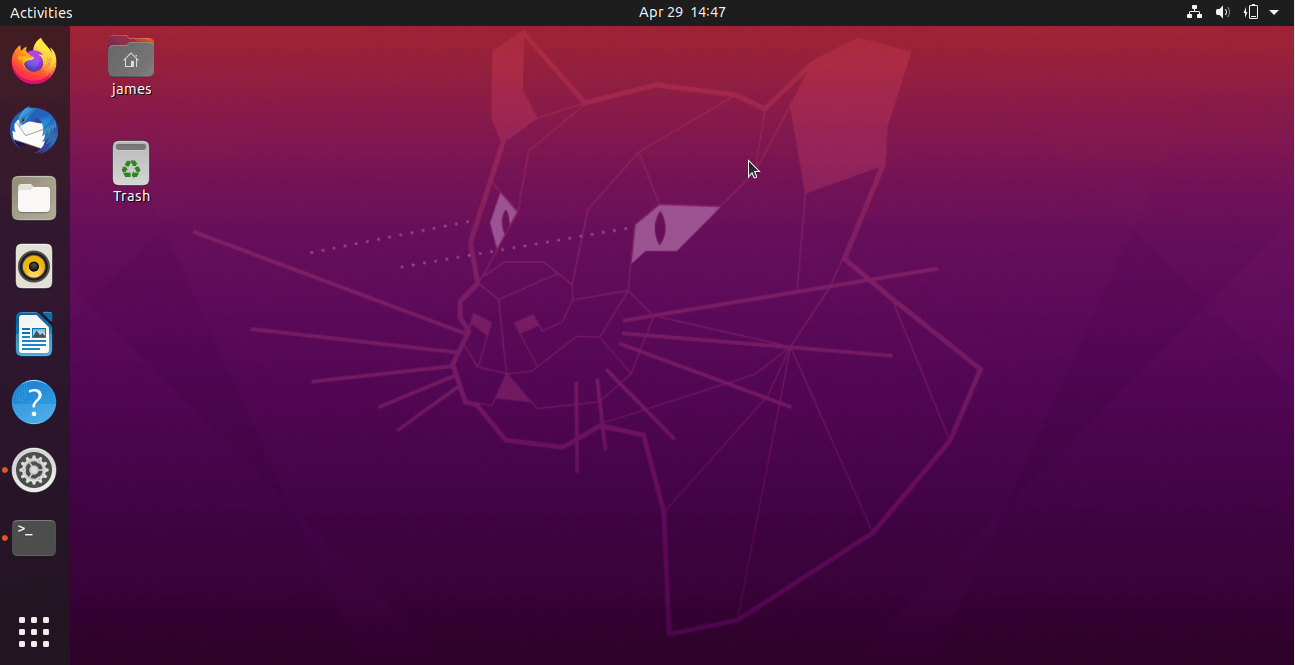 Additionally, there is a wide array of newer & crisp background images to choose from. Actually more and better than Ubuntu 18.04 LTS. 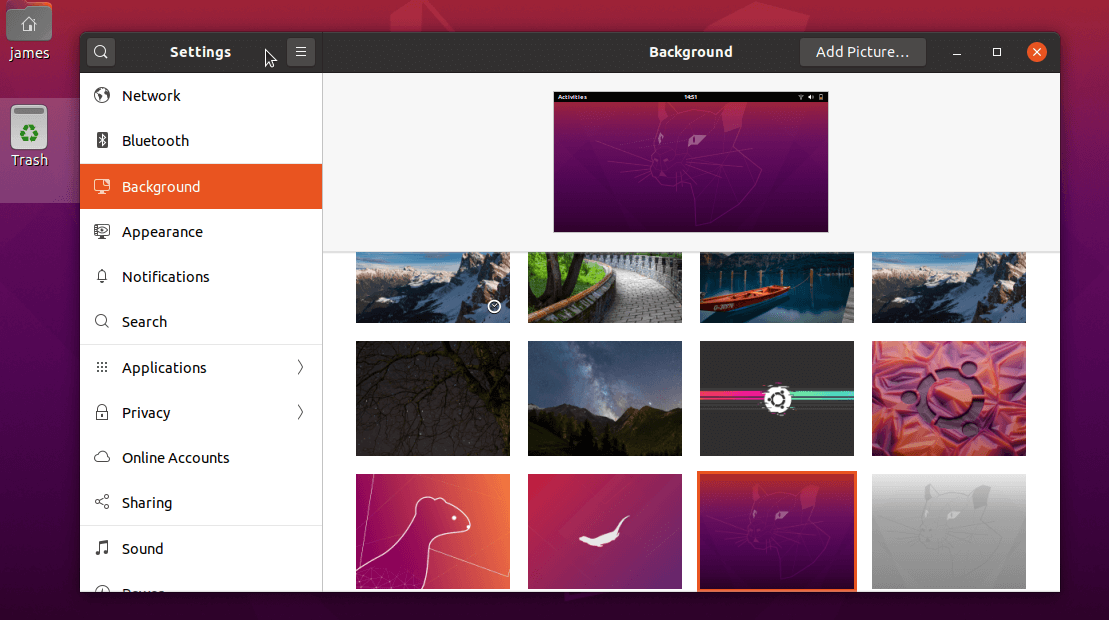 Icons have a characteristic purple motif that gives them a stylish and polished look.

From Ubuntu 18.10, the Yaru theme has been the default theme providing an enhanced and polished look from the old Unity theme. The new-lool Yaru theme now comes with 3 modes: light mode, standard mode, and dark mode. You can access and easily choose your preferred theme by heading out to ‘Settings‘ and clicking on the  ‘Appearance‘ section.

The new-look flavors easily integrate with the new GNOME 3.36. Still, in the ‘Appearance’ section, you can auto-hide the dock, adjust its icon sizes, and select even select where to place it on the screen.

The latest Linux kernel 5.4 ships with a raft of improvements and notable changes. Such include:

A notable addition to the new Ubuntu 20.04 release is the fractional scaling feature that allows graceful scaling up of the  UI elements such as icons without loss of resolution. If you feel that your icons are too small at 100%, you can scale them seamlessly for up to 125%,  150%, 175% and even 200%.

7 ) More emphasis for snaps over apt

With Ubuntu 20.04 LTS, priority has been given to snaps over the traditional APT package manager. Snap is a package management tool by Canonical that helps users to install packages also known as snaps using snapd which is a REST API daemon.

The Amazon App has featured on the dock for close to a decade now, but with Ubuntu 20.04, this has been done away with. Also, Python 2 has reached the end of life and is no longer supported by Ubuntu 20.04 LTS

Compared to previous Ubuntu LTS releases, Ubuntu 20.04 boots much faster thanks to its new compression algorithms. You can verify this, use the systemd-analyze tool. Below are the statistics for Ubuntu 20.04

The one below indicates the startup time for Ubuntu 18.04

ZFS was introduced from Ubuntu 19.10 release. The latest release has added further improvements to the latest file system. Being a new file system, It’s yet to catch on.

And that’s a round-up of the latest features on Ubuntu 20.04 LTS.