LEMP, an acronym for Linux Nginx ( Pronounced and Engine-X) MySQL and PHP is a popular web development stack used by developers to test and launch websites. LEMP is a close cousin to the LAMP server which ships with Apache webserver instead of Nginx. In this tutorial, we demonstrate how to install LEMP server on CentOS 8.

LEMP combines a hybrid system of tools that include :

Let’s now get down to installing the LEMP server.

Before getting started out, ensure that you have an instance of CentOS 8 at your avail with an SSH connection. If you don’t have one ready, you can readily deploy a fully managed cloud VPS starting at $3.71 per month

To get started, begin by updating the system using the command:

Next, we will install the second component of the LEMP stack which is the Nginx web server.

Upon successful installation, start the webserver using the command:

Additionally, you can configure the webserver to start on boot using the command.

To confirm the Nginx version by running this command

You can verify the running status of the server by invoking:

The image above confirms that the Nginx webserver is up and running. You can also verify that Nginx is installed by browsing your Server’s IP address as shown. This displays the default Nginx welcome page.

MariaDB is a free and open-source database server that is a fork of MySQL. It became quite popular, especially after MySQL was acquired by Oracle. It ships with numerous features and optimizations such as better security and stability, additional storage engines, and overall better performance.

To install MariaDB on CentOS 8, run the command.

Once the installation is complete, start the database server as shown.

For best use, set MariaDB to start on boot using the command:

Just to be sure that the server is running, execute:

The output indicates the MariaDB server is up and running. Now, the default settings in MariaDB are quite weak and extra steps are required to harden the server. Therefore, run the script below to make additional tweaks to further secure your server. 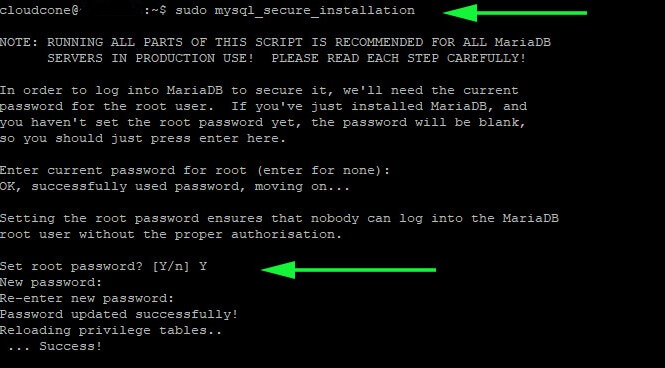 For the remaining prompts, simply type in ‘Y’ for Yes and hit ENTER. 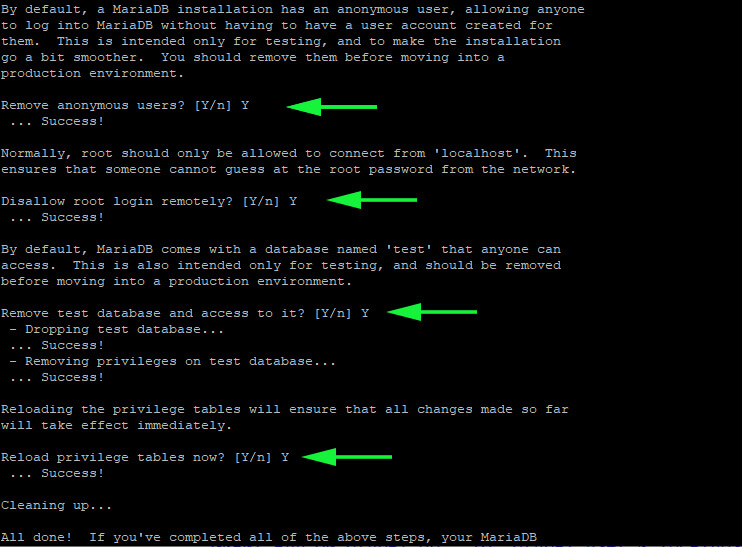 To install the t PHP-FPM   plus its related modules on CentOS 8, run the following command:

To start it after  the installation, execute:

Next,  configure  the PHP-FPM to  start on boot using the command:

Next, proceed to edit the config file using this command

Usually, PHP-FPM is set to run as an Apache user. However, we have installed Nginx and we need to configure the user to Nginx. Therefore, proceed and open the /etc/php-fpm.d/www.conf. file:

Scroll and locate the following lines:

Now change both values to Nginx.

Save and exit the configuration file. Then restart Nginx and php-fpm.

Here, you will test the PHP-FPM module configurations with the Nginx web server by editing the root directory. Create a sample PHP file as shown:

Paste the following PHP code inside

To see if it works, fire up your browser and browse the server’s address as shown

You should get the webpage below showing the PHP version alongside the server status and PHP modules. 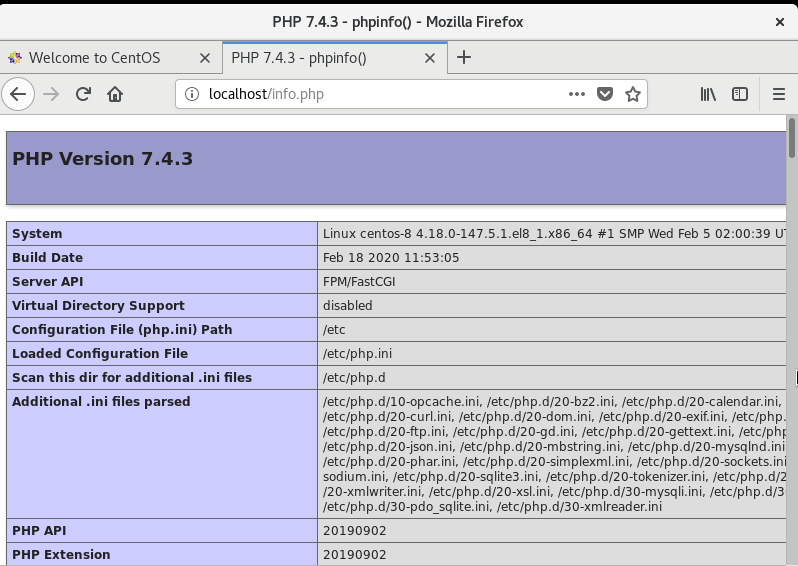 If you don’t get to see the webpage, be sure to restart both PHP-FPM and Nginx and repeat the process.

If you have come this far, its our hope that you are now in a position to install LEMP server on CentOS 8.