The advantages of the Go programming language include:

Let us now shift gears and install Go on Ubuntu 20.04.

The first step is to download the compressed source code file. At the time of writing this article, the latest version of Go is 1.16.3. So, head over to the official download page and grab the file using the wget command as follows. 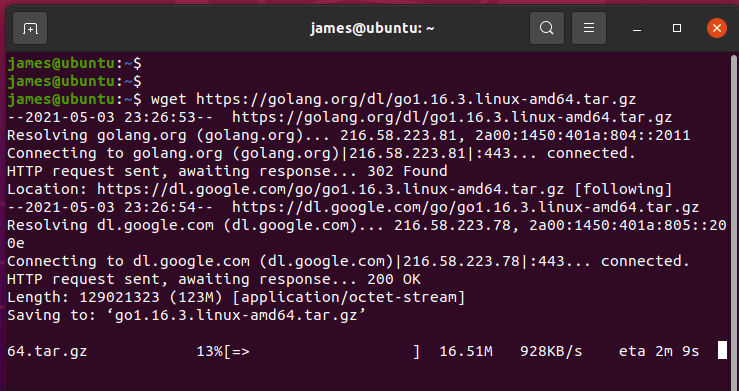 Next, extract it to the /usr/local directory as shown.

You need to add the path of the Go directory to the $PATH environment variable so that the system knows where to find Go executable binaries. Run the command below to add the go binary path to the .bashrc file This is for the case of system-wide installation.

Now that we have added the PATH environment variable, run the following command to apply the changes.

Step 3: Getting started with Go

Now that GO is installed,  let’s run a simple program. Firstly, we  will create a workspace directory called go:

Inside the workspace create a new directory src/hello.

Next, navigate to the directory and create a hello.go file in the hello directory.

Run the program with the command:

You can now build your projects in go.