The Linux top and htop system monitors are commonly used in displaying metrics about Linux systems give an overview of the running processes, CPU and memory utilization among other statistics. However, these command-line tools are limited in giving a detailed overview of ins and outs of your system’s performance. A cool way to monitor your Linux server is using bashtop. In this guide, we will walk through how to install and use bashtop- a nifty resource monitor for Linux

Before we proceed further, let’s have a peek at some of the key features in Bashtop. At a glance, this is what you should expect once you have installed bashtop.

Bashtop can be installed on Mac OS, Linux and even FreeBSD. Since our focus is Linux, we will only concentrate on Linux prerequisites.

With the prerequisites in check, let’s now see how you can install Bashtop. There are 2 distinct approaches you can take in installing Bashtop. You can compile the source code or install using a package manager unique to every Linux distribution.

This has to be the most convenient method of installing Bashtop. I have personally tried it and it’s such a breeze. First up, clone the git repository as shown:

Next, build from source as shown:

The last step does not yield any output on the terminal but fret not. Your installation went ahead just fine. This method works across all Linux flavours. Let’s now see how you can install Bashtop on selected Linux distributions.

Let’s have a look at some sample Linux distributions and how you can install Bashtop.

For  Ubuntu distributions such as Ubuntu 20.04 LTS, execute the following commands to install bashtop:

Bashtop is available in Azlux’s repository and all you need is to download the Debian package and install it as shown:

For Fedora2 and later versions, simply run the command:

For CentOS 8, execute the commands below

To launch Bashtop, simply run the command below in the terminal

Thereafter,  your system,’s statistics such as running processes, CPU utilization and bandwidth utilization will be splashed on your terminal as shown. 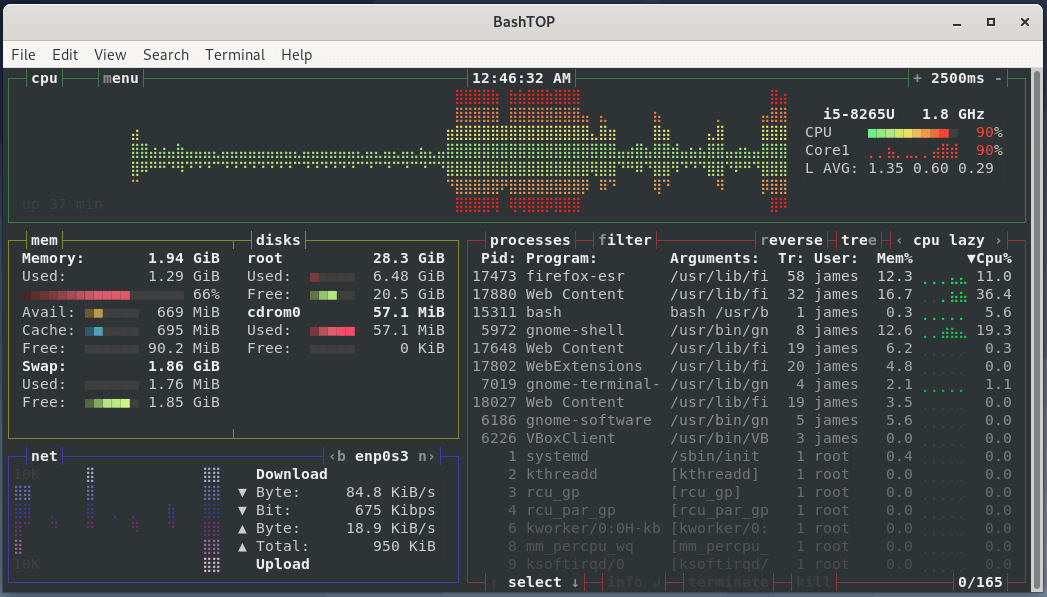 Here, you can change the default theme to any theme of your preference among other attributes. 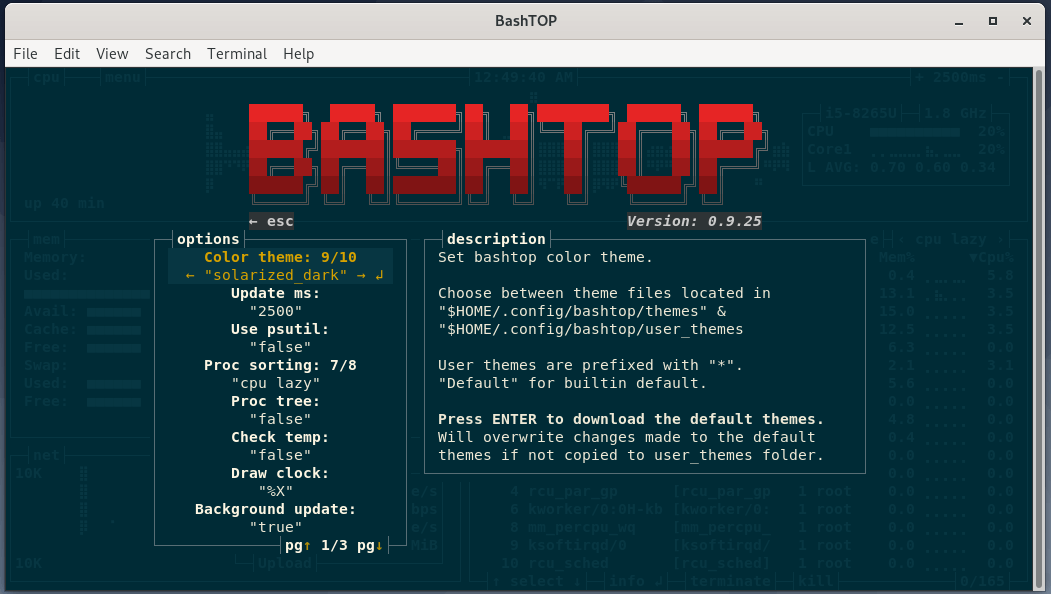 And this concludes our topic today. Feel free to like, share and give feedback on this article.