We have covered quite a number of monitoring tools in the past such as Bashtop which is a command-line monitoring tool that provides a real-time analysis of your system metrics. Another equally robust and intuitive tool is Glances. Written in Python, Glances is an open-source cross-platform, command-line tool used for real-time monitoring of system metrics. It displays a myriad of system statistics on the terminal or console and even includes a web mode that allows you to monitor your system on a web browser. The Glances tool intuitively monitors metrics such as CPU and memory utilization, uptime, bandwidth utilization, running processes, Disk I/O, and filesystems to mention just but a few.  In this guide, we focus on  Glances – a real-time monitoring tool for Linux.

Before getting started, ensure that you have Python3 installed

Glances tool is available in official repositories on many Linux distributions. It can be installed using your package manager.

On Ubuntu and Debian derivatives, run the command:

Since it’s written in Python, you can use the PIP package manager to install it as shown.  For this to work, ensure pip3  is installed. You can install pip3 as shown.

Thereafter, use pip3 to install Glances as follows.

Additionally, you can install Glances by downloading and running an automated script as shown.

You can also run the script below to install Glances:

Glances can be used in 3 different modes:

Let’s take a deep dive and see how you can achieve each of these modes to display system statistics.

In stand-alone mode, you can use glances to monitor your local machine.   You can view the output in your terminal.  Use the glances command.

As you can see, the output provides a wealth of information about various system metrics starting off with the hostname, OS type, kernel version, private and public IP, and uptime statistics at the very top. 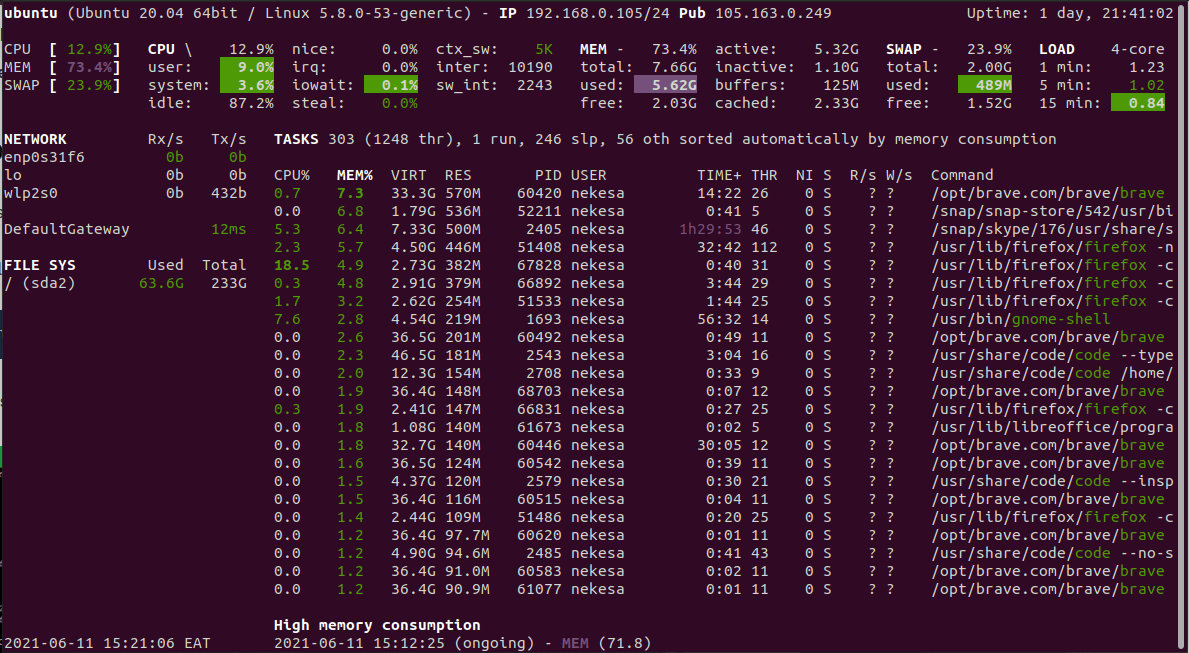 Glances tool also provides the functionality of rendering statistics on a web browser, instead of a terminal.  The webserver runs on port 61208.  To do so, run the command:

The above command will output that a webserver is running. You can open your web browser to http://0.0.0.0:61208.  To kill the webserver instance, use the [Ctrl]+[c] key combination. 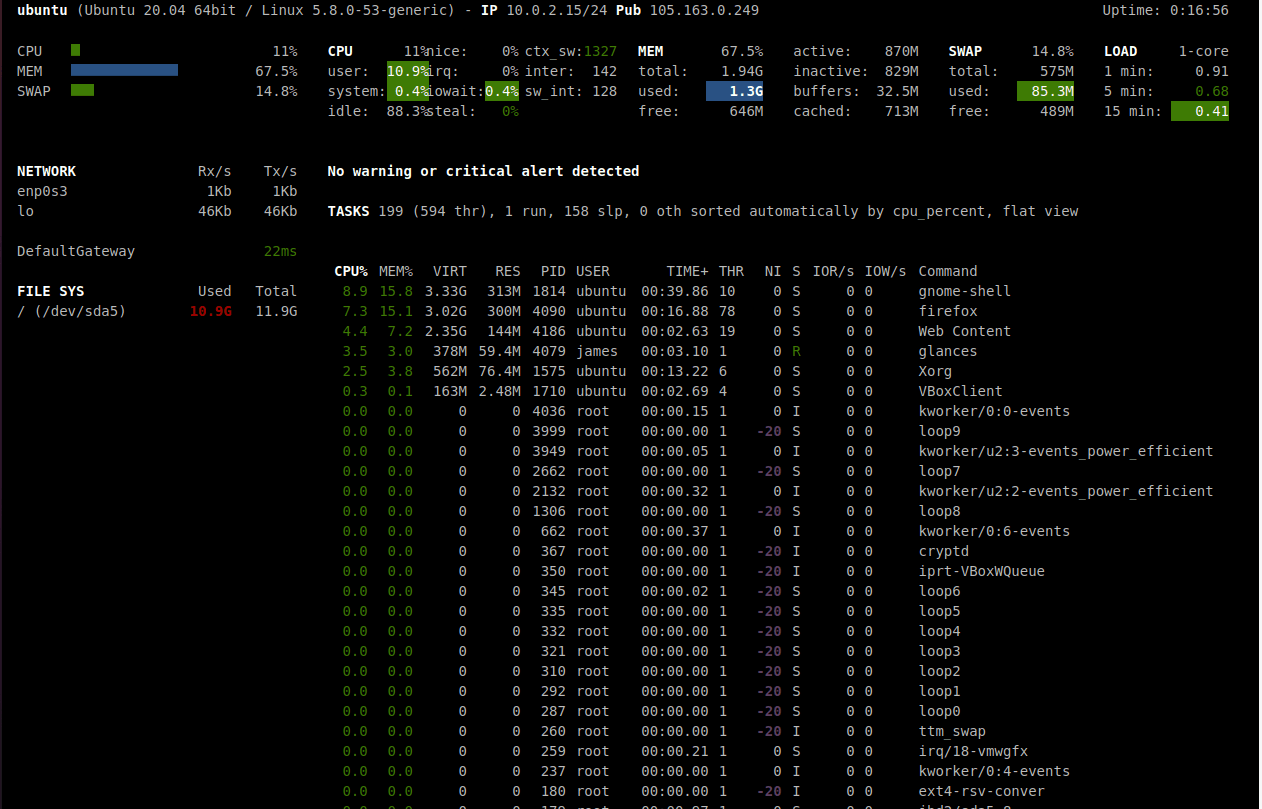 To secure the web GUI with a password, run the following command:

Glances can also be used to monitor a remote computer in client-server mode.  For this to succeed, you need to have glances installed on both the server and the client.

On the remote Linux system to be monitored, launch glances in server mode using the command:

After starting Glances in server mode, head over to your client system run the Glances command with the -c option followed by your remote system’s IP address.

This is going to retrieve the remote host’s metrics and render them on your terminal.

Monitoring your Linux server has never been easier. If you want to get system information at a glance, then this is a must-have tool.