Hundreds of Linux distributions abound, each with its own features and look and feel. Some of the commonly used Linux distributions include Debian, Ubuntu, CentOS, Fedora, RedHat, ArchLinux and OpenSuse. Knowing how to check the version of Linux you are using pays comes in handy in order to know which package manager to use and which software packages need to be installed. In this guide, you will learn how to check  Linux version of the OS that you are working on.

How to check  your Linux version

There are 2 primary ways that you can use to check your Linux version of the distribution you are working on:

Let’s take a look at each in turn. For this guide, you will need to have a running Linux system. If you don’t have one, you can easily deploy a Managed cloud server for only $3.71 per month.

For the terminal geeks or those who prefer working away on the terminal, you can check your Linux’s version

a) Using the lsb_release command

The command displays information such as the Distributor ID, description number, the release, and codename. We can clearly see from the output that we are running Debian 10 Linux also referred to as Buster.

To get the description only, use the -d option as shown

b) Using the os_release command

The  /etc/issue file is a file that contains the system’s identification information that is displayed just before a login prompt. To check information about the Linux version you are using, run the command:

The hostnamectl command is a utility that comes with systemd systems. It’s used for changing the system’s hostname and prints a great deal of information such as static hostname, chassis Type, machine ID, Boot ID, Operating System, and kernel to mention a few.

If working on the terminal is not your fantasy, then a few graphical options are available.

Neofetch is a handy and awesome bash script designed for Unix and Linux systems. It prints a spectrum of information such as operating system, CPU,  Kernel version, architecture, and system uptime.

To install Neofetch on Debian/Ubuntu run

Step 3:  Navigate to the Neofetch directory

Step 3:  Run the command below 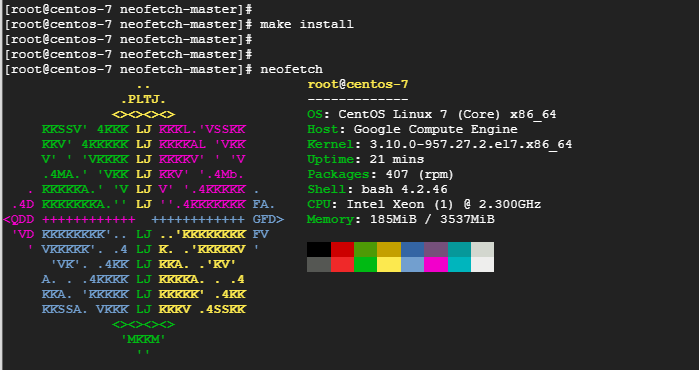 It’s our hope that you found this tutorial insightful and educative. We are confident that you can now verify your Linux version without much of a hassle. Your feedback is most welcome.

Hey there! This is James, a Linux administrator and a tech enthusiast. I love experimenting with various distributions of Linux and keeping tabs on what's new in the Linux world.
View all posts by James →
Deploy a managed hourly billed Cloud Server!
Read More